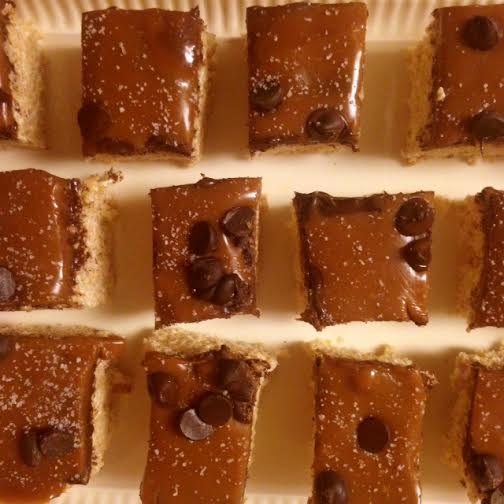 this recipe is so simple you can make it with one hand tied behind your back, and the other holding a glass of malbec, literally. the layers of gooey rich salted caramel and dark chocolate are undermined by the crunch of the bar. each one is a little bite of bliss. just trust me.